Fannie Mae and Freddie Mac will participate in a Nevada program that cuts loan balances for certain homeowners who are current on their mortgages and owe more than their houses are worth in what could be a model for other hard-hit states.

Under a pilot program launched Friday, Nevada will use federal housing money to pay down loan balances of eligible borrowers by as much as $50,000. Homeowners will then refinance their mortgages through the Home Affordable Refinance Program, an initiative that allows borrowers with loans backed by Fannie and Freddie to refinance even if they are underwater. 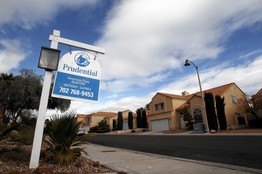 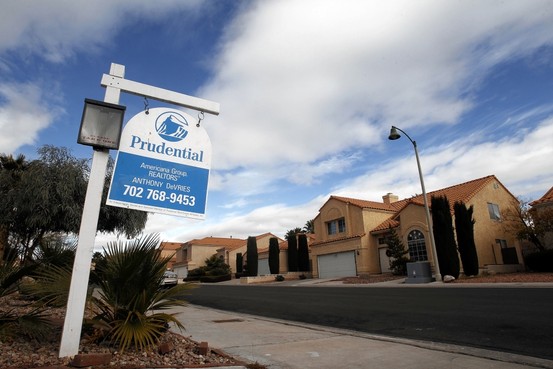 Associated PressA home-sale ad in Las Vegas, where the pilot program was launched.

The mortgage-finance companies and their regulator, the Federal Housing Finance Agency, have faced political pressure this year, primarily from Democrats and the Obama administration, to permit principal write-downs. The regulator hasn’t decided whether it will permit principal write-downs on loans backed by the firms using subsidies that the Treasury made available earlier this year.

Nevada’s effort, which was rolled out by the state’s Republican governor, is unusual because it targets principal reductions for homeowners who are current on their mortgages. So far, most write-downs have gone toward borrowers who are behind on their payments or at imminent risk of default, which some critics say could encourage homeowners to miss payments in order to receive debt forgiveness.

Earlier efforts by states to trim loan balances with federal funds haven’t succeeded because Fannie, Freddie and their regulator haven’t permitted write-downs that require them to shoulder any cost of debt forgiveness.

The latest initiative gets around that barrier because the entire cost of the write-downs will be paid by the state, using housing money that the Obama administration allocated two years ago. Nevada has been given $194 million to spend on four different initiatives, but it had only spent $3.4 million through the end of last year.

“We want to see them put that money to good use, and they have had challenges doing so,” said Meg Burns, the FHFA’s senior associate director for housing policy. Using that money to pay down loan balances “is perfectly fine with us. We think it’s great. It’s what this money was distributed to these states for.”

Few states saw as big a housing bubble as Nevada, and the bust has left nearly two-thirds of the state’s mortgage borrowers underwater. Around half of all loans backed by Fannie Mae in the state are deeply underwater, where borrowers owe more than 125% of the value of their homes.

The Nevada program is open only to borrowers who are eligible for the Home Affordable Refinance Program, which means they must be current on a loan that was backed by Fannie or Freddie before June 2009. The initial pilot program is limited to residents of Clark County, which includes Las Vegas.

It is also limited to borrowers who owe more than 115% of the value of their home and who have a household income below 150% of the area median, which is $99,000 or less for a family of four. The state had previously estimated that the program could reach 1,500 homeowners.

“I am pleased that the U.S. Treasury Department approved this innovative pilot project for Nevada and that Fannie Mae and Freddie Mac are encouraging their loan servicers to participate,” Nevada Governor Brian Sandoval said in a statement.

Last month, California revamped its own debt-forgiveness program using the same federal housing funds and will now write down as much as $100,000 in mortgage debt for qualified borrowers, who must demonstrate hardship. Fannie and Freddie agreed to participate after the state eliminated a previous requirement that required banks or investors to match any principal reduction on a dollar-for-dollar basis.

President Barack Obama announced the Hardest Hit Fund two years ago to provide states with federal housing funds to design their own programs, but states have struggled to spend the money, largely because Fannie, Freddie, and banks have balked at several of the programs, according to a federal audit published in April. Of some $7.6 billion available from the Treasury, states had spent just $217 million through the end of last year.