Twelve Facts That May Surprise You About the Housing Bust.

Twelve Facts That May Surprise You About the Housing Bust.

What if the conventional wisdom about the mortgage crisis is all wrong?

That’s the implication of a new paper from economists at the Federal Reserve Banks of Atlanta and Boston that’s bound to spark debate because, if their premises are correct, it sharply undercuts the justification for much of the new regulation that’s been erected over the past two years. 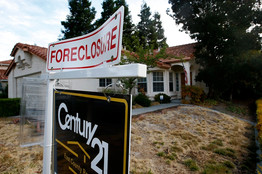 Three economists, Christopher Foote, Kristopher Gerardi, and Paul Willen, present two narratives of the financial crisis in trying to answer why so many people made so many dumb decisions.

The first view is that the financial crisis was an “inside job” where various industry players, from the mortgage lenders to mortgage traders, took advantage of unsophisticated rubes, from homeowners to mortgage investors.

No one doubts that mortgage credit expanded, the authors concede, or that many borrowers received loans that they wouldn’t normally have qualified for. “The only question is why the credit expansion took place,” they write. Securitization, for example, didn’t by itself cause the crisis, but instead channeled money “with ruthless efficiency” that “may have allowed speculation on a scale that would have been impossible to sustain” in the past.

The entire paper is worth reading, but here’s a synopsis of the “12 facts” that help shape their view:

Fact 1: Resets of adjustable-rate mortgages did not cause the foreclosure crisis. The authors find that the 84% of these borrowers who went into foreclosure were making the same payment when they first defaulted as when they took out their loan. The conclusion: adjustable-rate loans performed worse than fixed-rate loans because they attracted less creditworthy borrowers, “not because of something inherent in the ARM contract itself.”

Fact 2: No mortgage was “designed to fail.” Instead, the products weren’t designed to sustain a drastic decline in home prices.

Fact 3: There was little innovation in mortgage markets in the 2000s. Loans that required reduced documentation (what became known as the “liar’s loan”) or that had negative amortization (the “pick-a-payment” loan) had been around in the 1980s and 1990s. Instead, what happened during the last decade was that these niche products became mainstream.

Fact 4: Government policy toward the mortgage market did not change much from 1990 to 2005. Low down payment loans were introduced by the government…in the 1940s. “It is impossible to find any government housing initiative in recent years that is remotely comparable” to the expansion of government’s expansion in the post-World War II period, the authors write.

Fact 5: The originate-to-distribute model was not new. Secondary mortgage markets, where investors bought loans from originators, had been around since the 1970s. And before that, mortgage companies had sold their loans to insurance companies.

Fact 6: MBS, CDOs, and other “complex financial products” had been widely used for decades. “The idea that the boom in securitization was some exogenous event that sparked the housing boom receives no support from the institutional history of the American mortgage market,” the authors write, though the types of collateral backing those products certainly did change.

Fact 7: Mortgage investors had lots of information. Of course, investors may simply have paid less attention to this information because many securities received triple-A ratings. (Some may take issue with this point due to the level of fraud that surprised many of the most well-informed market analysts).

Fact 8: Investors understood the risks. Some mortgage analysts had published “remarkably accurate predictions about losses” if home prices turned down. The bigger question, the authors raise, is that “given how badly these loans were expected to perform, why did investors buy them?”

Fact 9: Investors were optimistic about house prices. This helps answer the aforementioned question.

Fact 10: Mortgage market insiders were the biggest losers. The firms that were the most involved in the market and which retained the most risk on their balance sheet, either via whole loans (option adjustable-rate mortgages at Wachovia) or securitized loans (at Bear Stearns), fared the worst.

Fact 11: Mortgage market outsiders were the biggest winners. The “big shorts” such as John Paulson and Michael Burry were relative newcomers to the mortgage market. Their insight about a housing bubble and “not any fact about credit, the origination process, or moral hazard” led them to make their winning bets.

So what are the implications of these 12 facts? In sum, the housing-finance universe of the future—for both banks and borrowers—should be prepared to withstand greater home-price volatility.

Does this mean regulators spooning out the wrong medicine? Possibly. “Unfortunately,” the authors write, “none of the new mortgage disclosure forms proposed by regulators includes the critical piece of information that borrowers need to know: There is a chance that the house they are buying will soon be worth substantially less than the outstanding balance on the mortgage.”